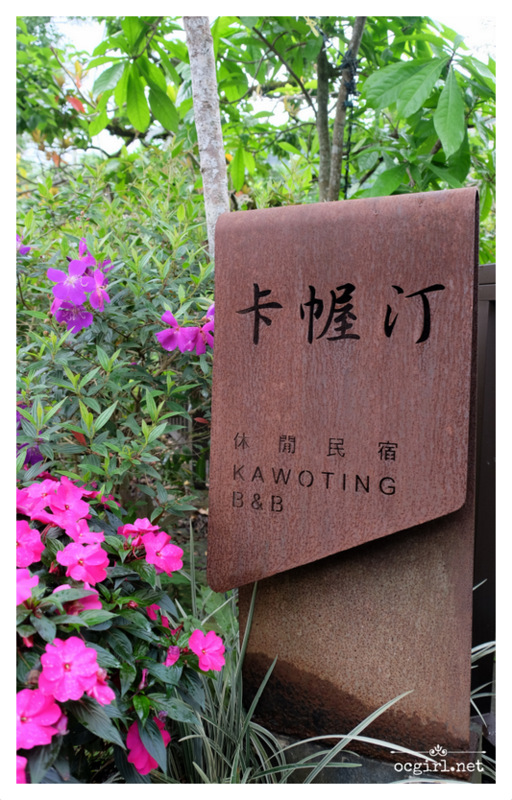 A few months ago while visiting my parents in Taiwan, a couple college friends invited me to a weekend trip to Yilan. I was super excited about the trip because for one, I haven't been to Yilan since I was a little girl, and two, it had been quite a while since college, going on a weekend trip would have brought back all the good old days of college dorm! Better yet, my friends planned everything! So today’s post is the first of a mini series on this particular Yilan trip, which I'm going to start with the bed and breakfast we stayed at, Kawoting B&B (http://kot.hotweb.com.tw) 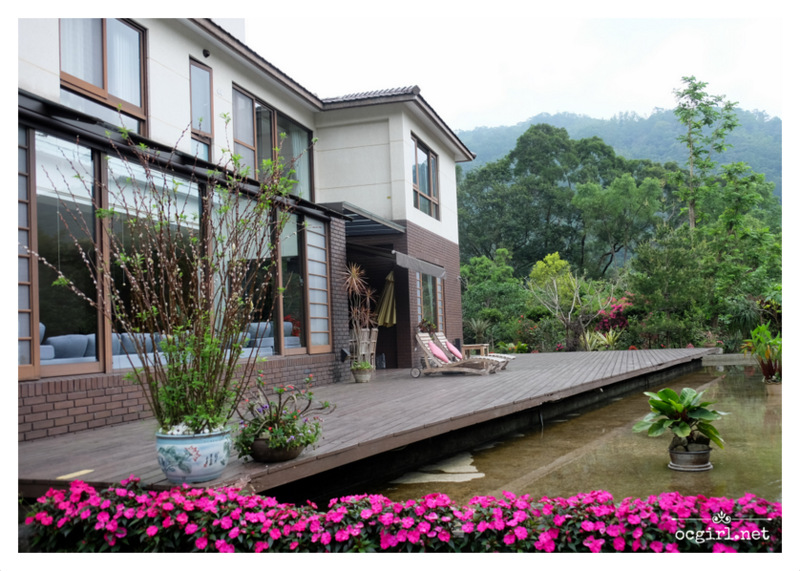 Yilan’s about 40 minutes outside of Taipei. Strictly speaking, it's an easy day trip, but since Yilan’s also known for hot spring, it's also a popular over night destination. On weekends the traffic can take up to 2-3 hours because of all the Taipei-ites escaping the city.  We had to leave Taipei early in the morning on Saturday, and return to Taipei right after lunch on Sunday. 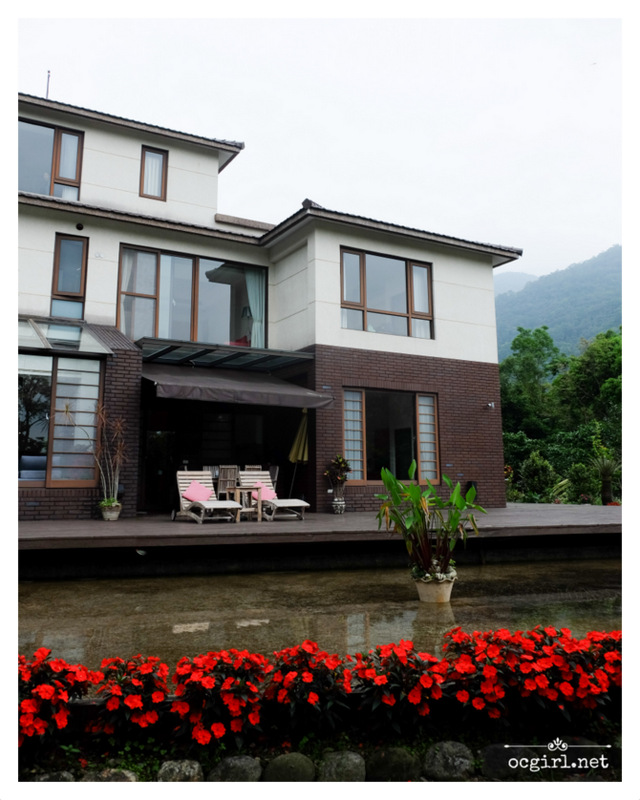 Kawoting is a big stand alone , modern Taiwanese house about 20 minute drive from Yilan train station.  It has a very spacious living room with large windows that fill the room with lights. 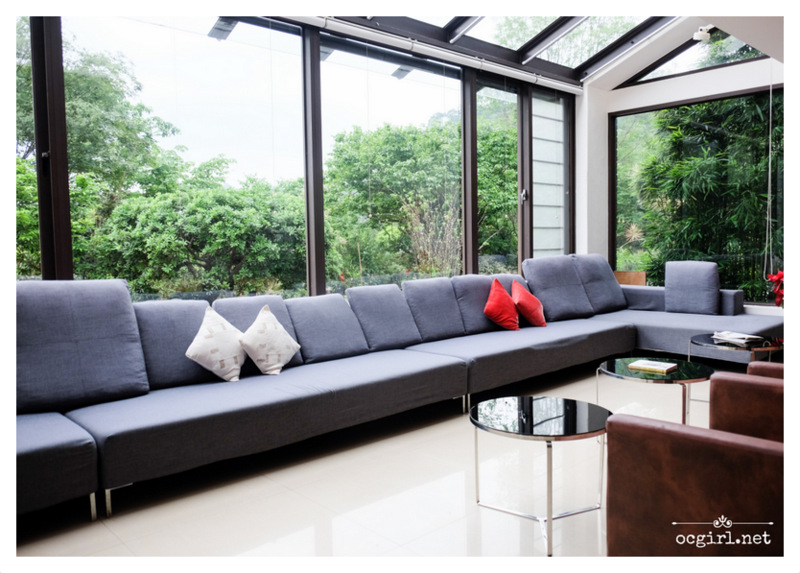 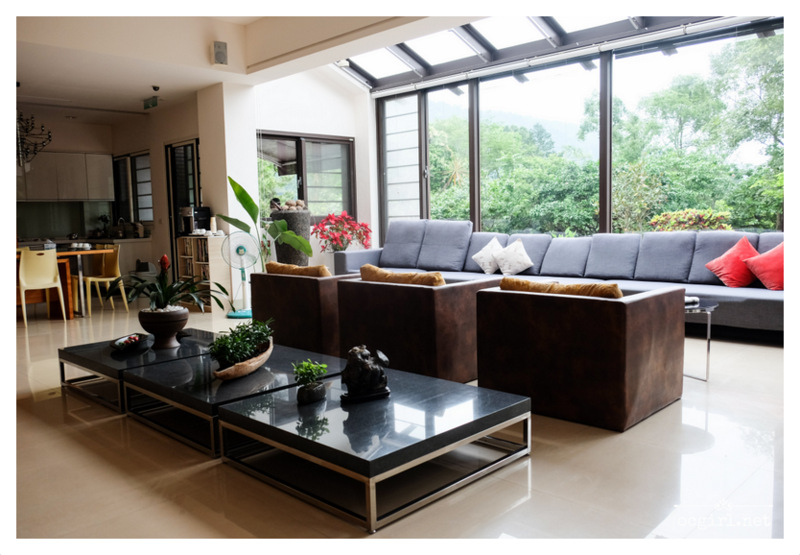 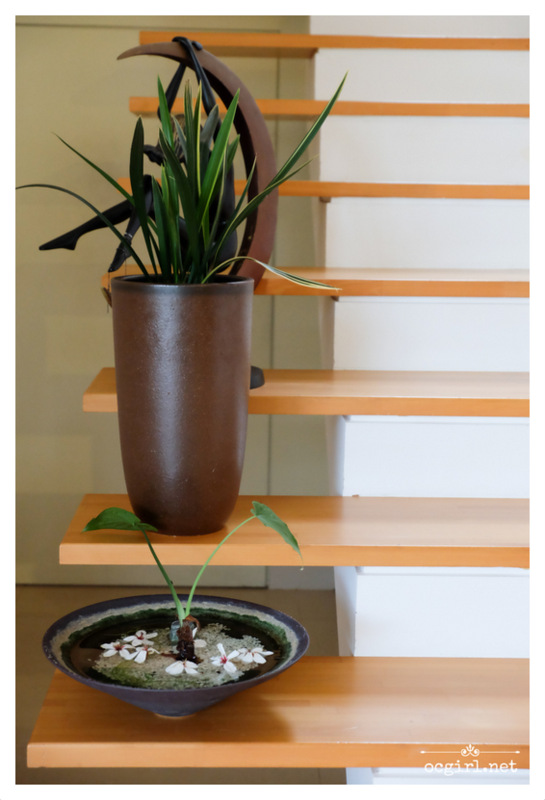 There are 8 rooms of various sizes.  We stayed at a room with two queen sized beds.  The restroom is on the smaller side, but very clean and has nice shower.  Each room has its own AC, which is nice.  Though in May it wasn't yet scorching hot, it was pretty humid, nice to have the AC on to dehumidify. 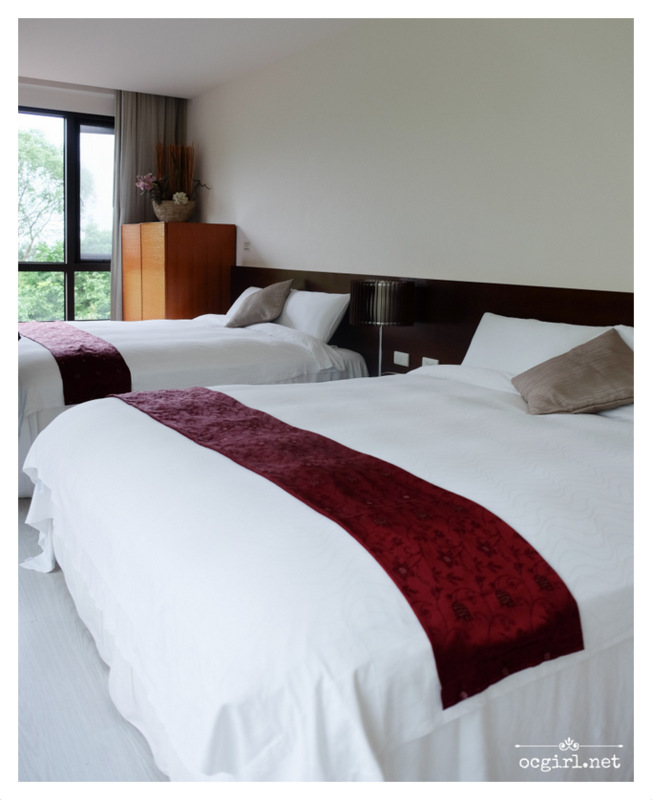 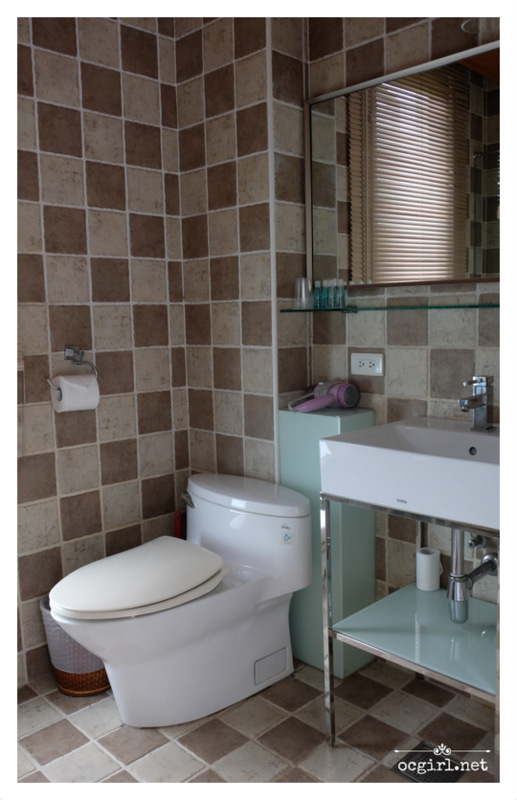 Our room has a balcony that looks out to the mountian.  I think this is why Yilan is so popular on the weekends with Taipei-ites, it's one of the closest place to get away from the bustling city to enjoy nature. 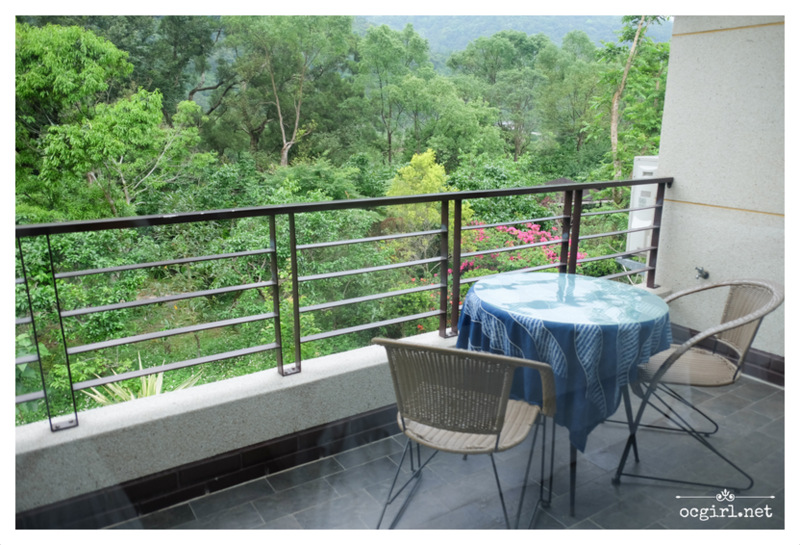 In addition to the living room downstair, there is also a common small sitting area on the second floor. 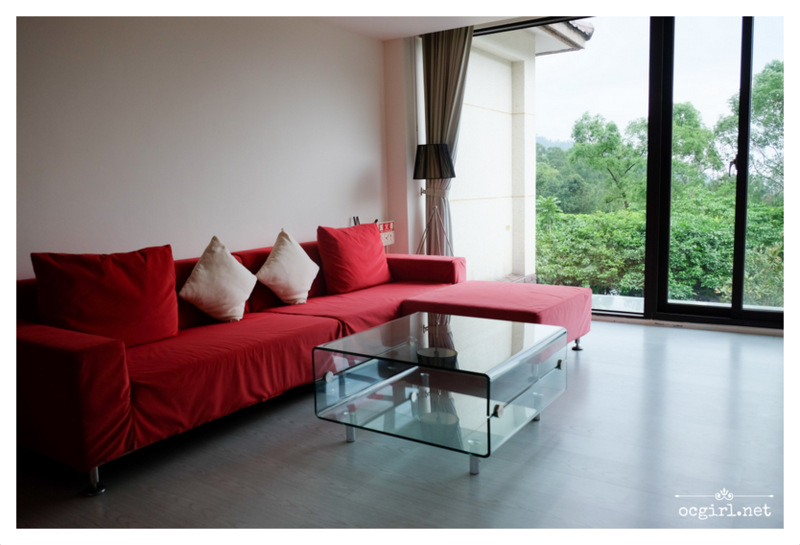 The house has a pretty big yard with a few lounge chairs.  We sat on them a little when we had the afternoon snack outside. 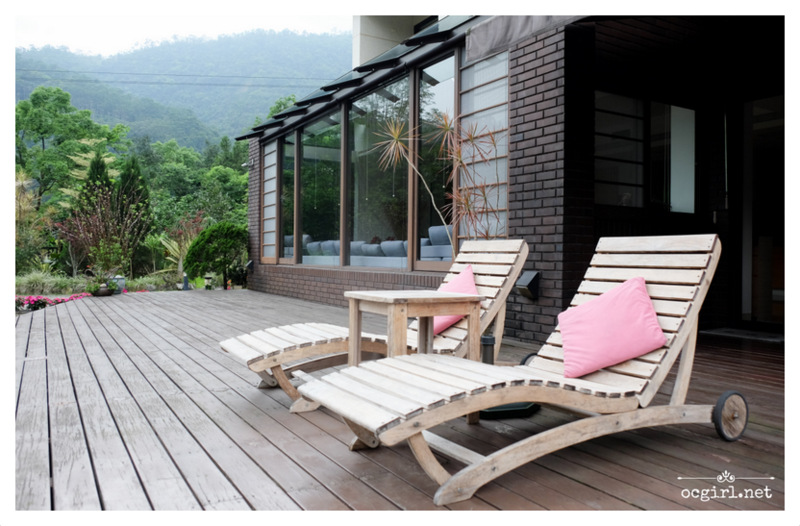 We were served snacks upon check in.  Hard to see in the picture, but the two dishes behind the cake was some Yilan sweet specialties.  Taiwanese are very big on "local specialties", wherever you travel in Taiwan you'll find desserts, small eats, dishes, etc, that are "local specialties" unique to the area.  There will be more on this on my next post. 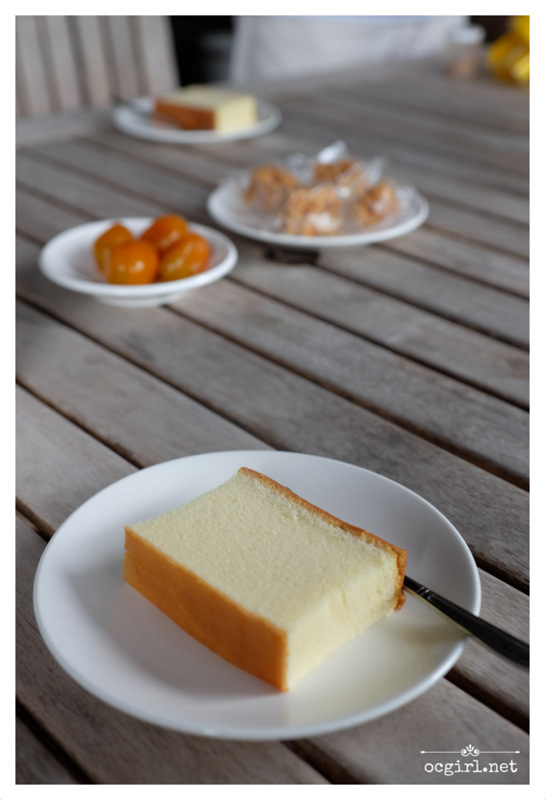 Btw, apparently the house has appeared in several Taiwanese dramas, as seen on this page  http://kot.hotweb.com.tw/p01.php

We were greeted by the proprietor at the door, very friendly and talkative.  He told us he used to be an engineer, then decided to build this house and run bed and breakfast instead.  Later that night he took us to the backyard to see fireflies.  I may have seen one or two fireflies in my life before, but never as many as that night.  Unfortunately my attempt to take pictures of the fireflies failed completely.

Breakfast was traditional Taiwanese congee and side dishes (not in the pictures), though there was Belgian waffle as well.  Simple but filling to kick off the day. 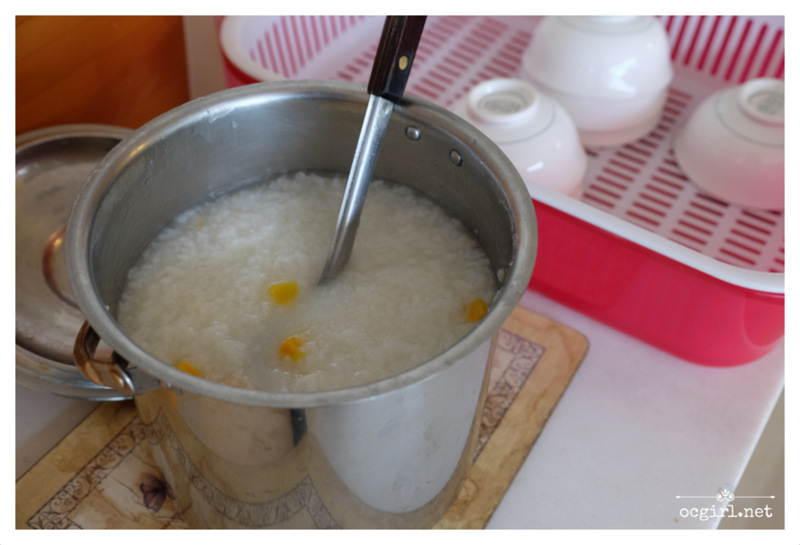 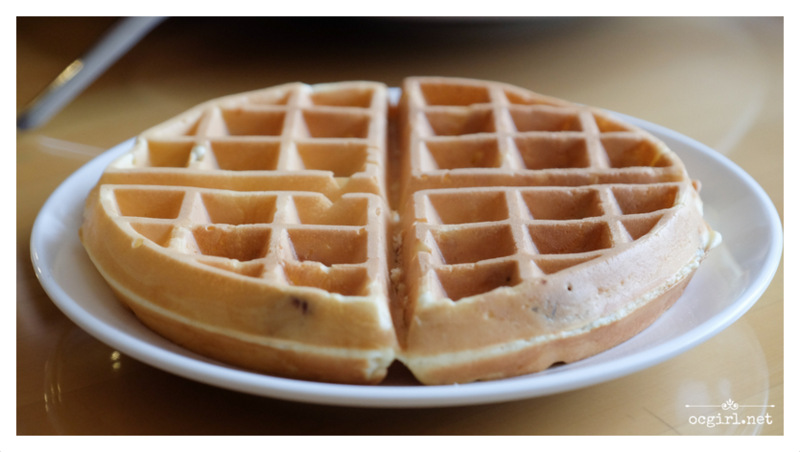 So that is it for Kawoting Bed and Breakfast.  It's a clean and comfortable place to stay if you're ever in Yilan and would like to experience some genuine Taiwanese hospitiality.

Not too far away from Katrina is a lake , which seems to be a semi-popular tourist spot as well, because of some TV drama.  Be sure to stop by. 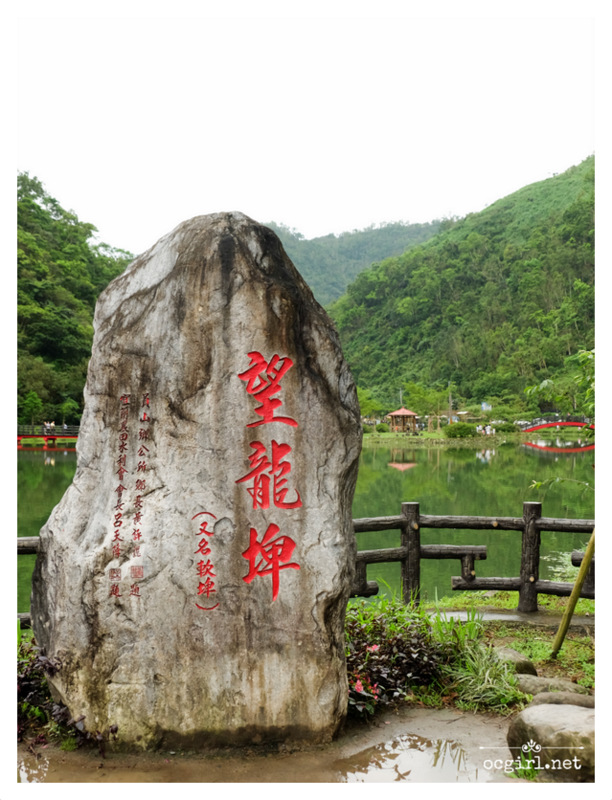 There's a walkway around the lake, takes about 10-15 minutes to make a lap. 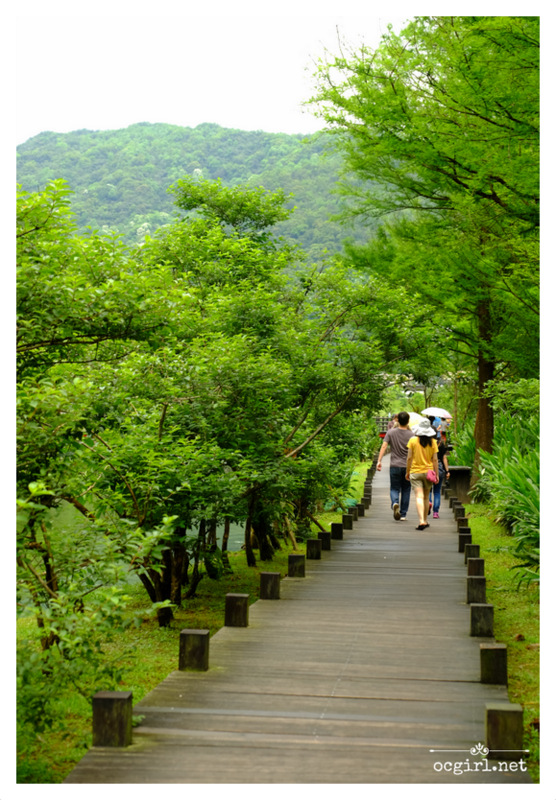 The next few pictures were taken with the "dynamic" effect on my camera. While the colors are a bit exaggerated, the sumptuous green mountain and the mirrored images on the lake are nonetheless breathtaking. 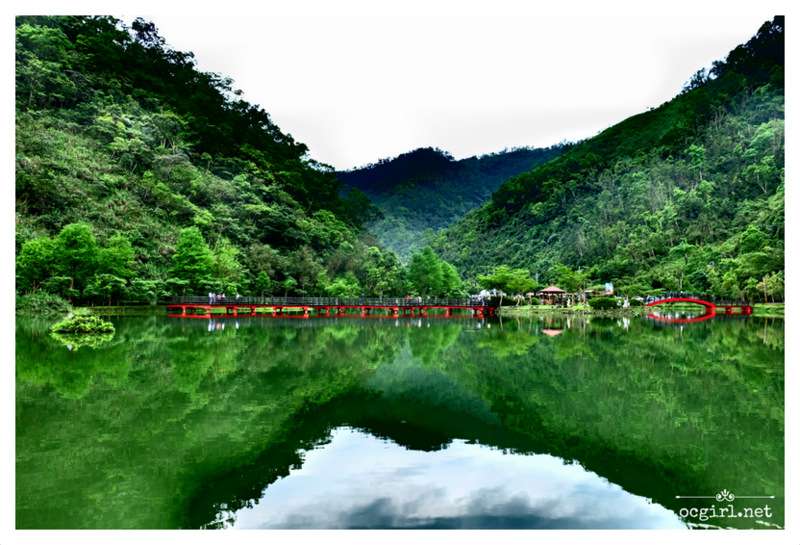 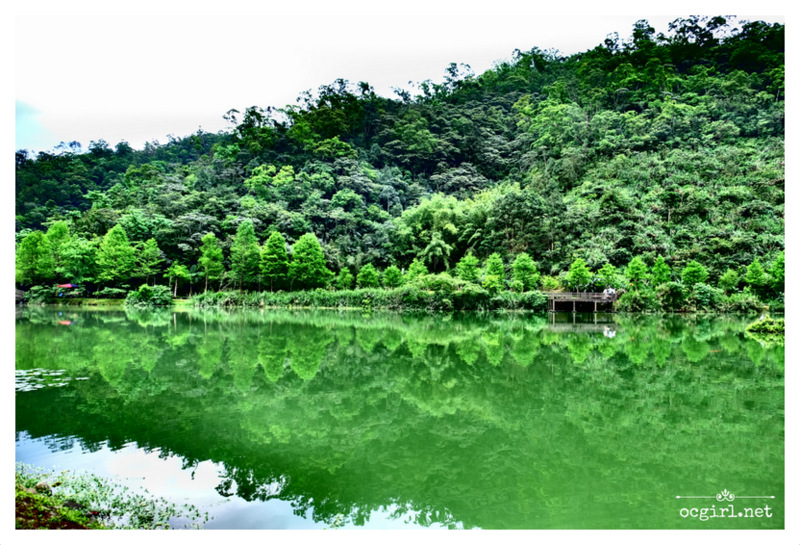 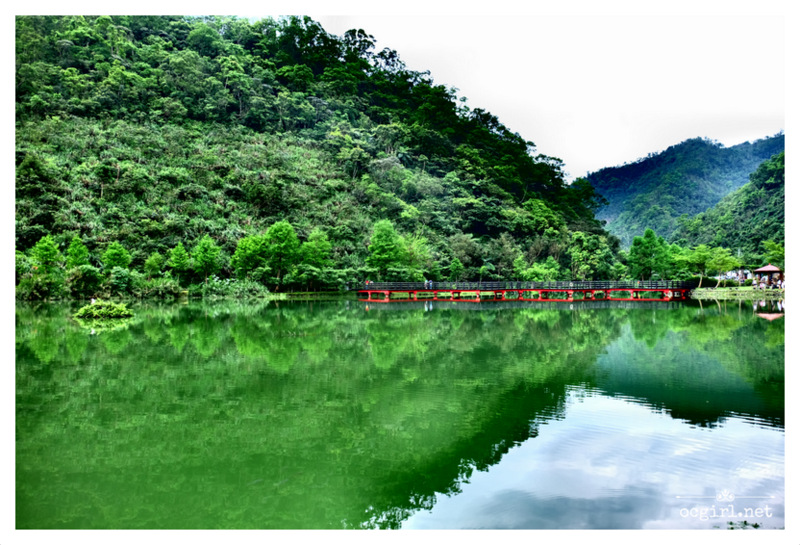 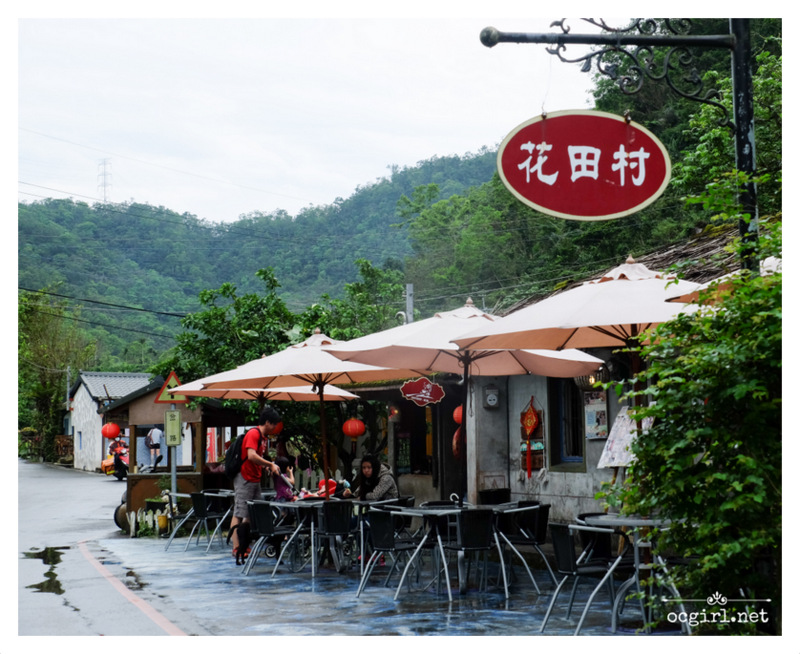 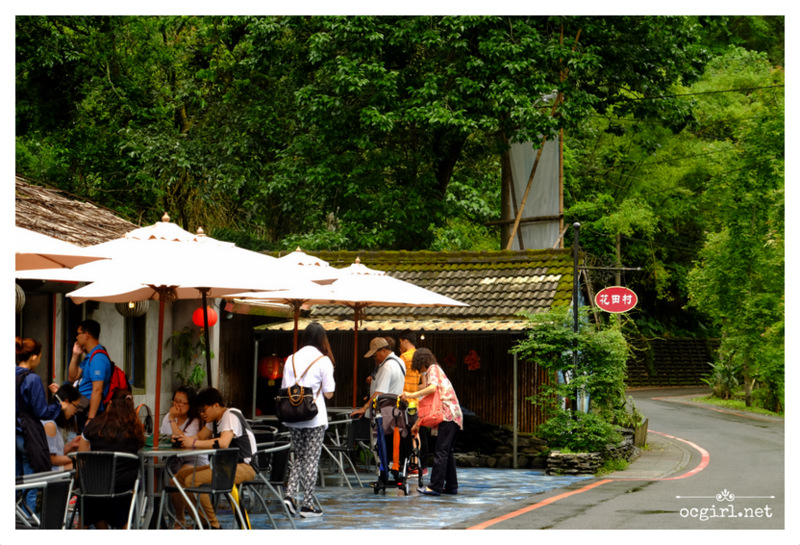 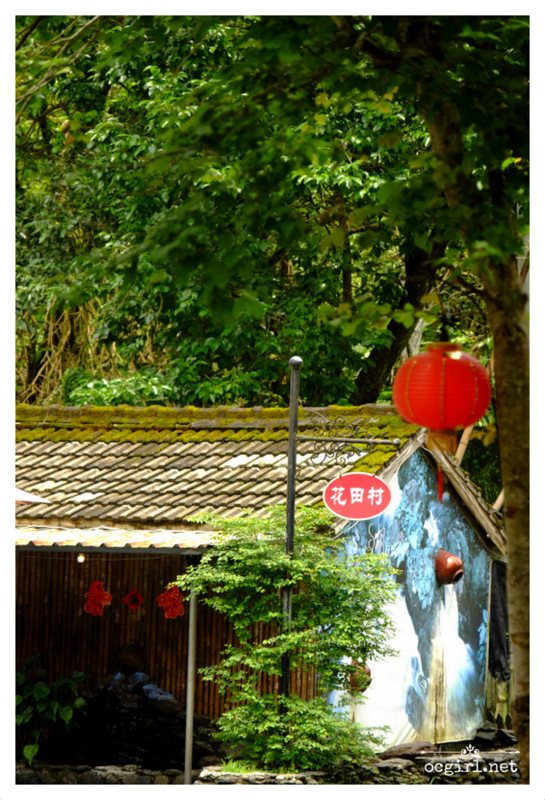 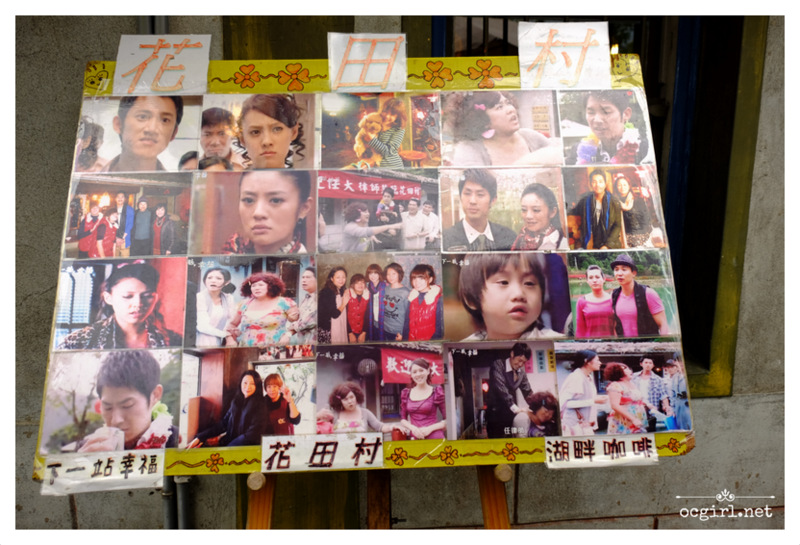 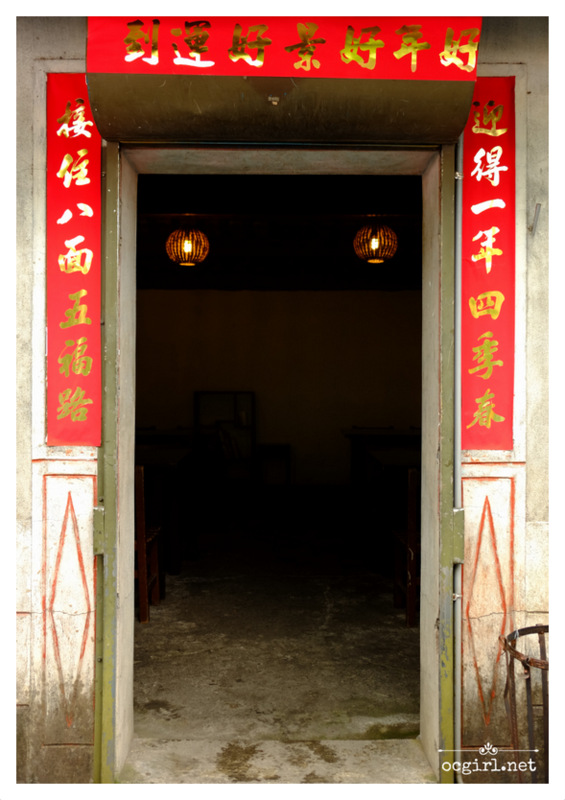 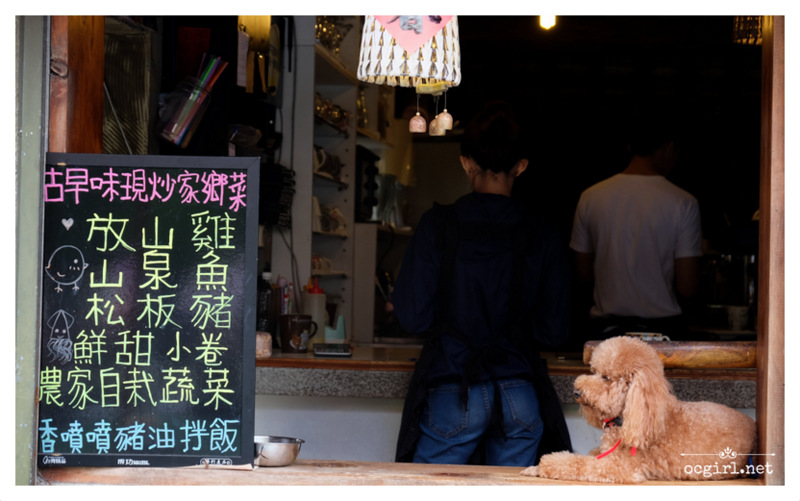 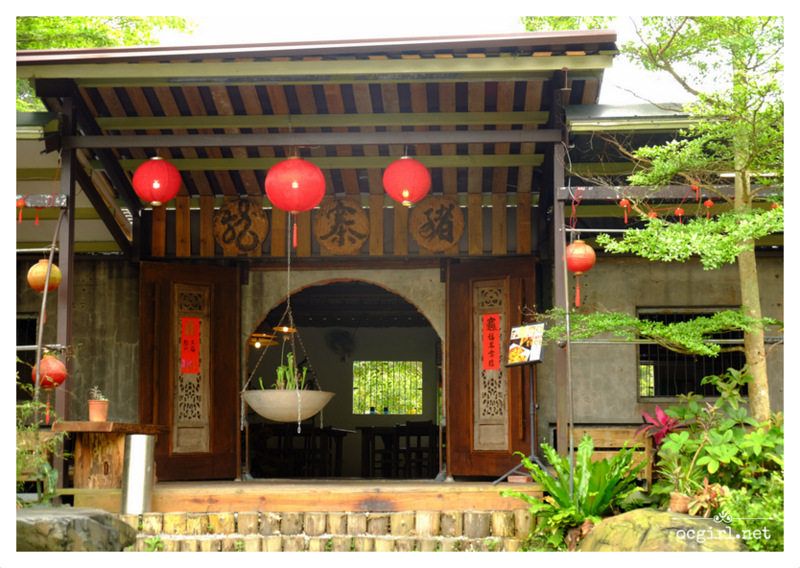 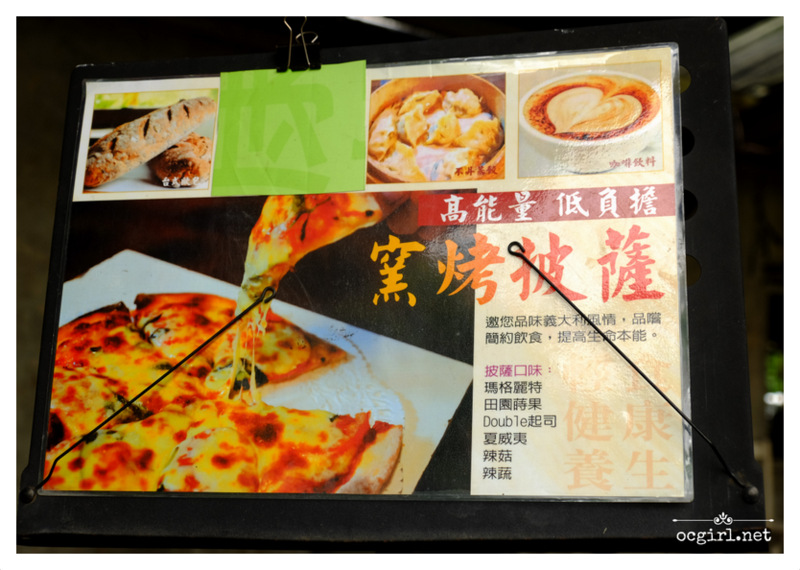 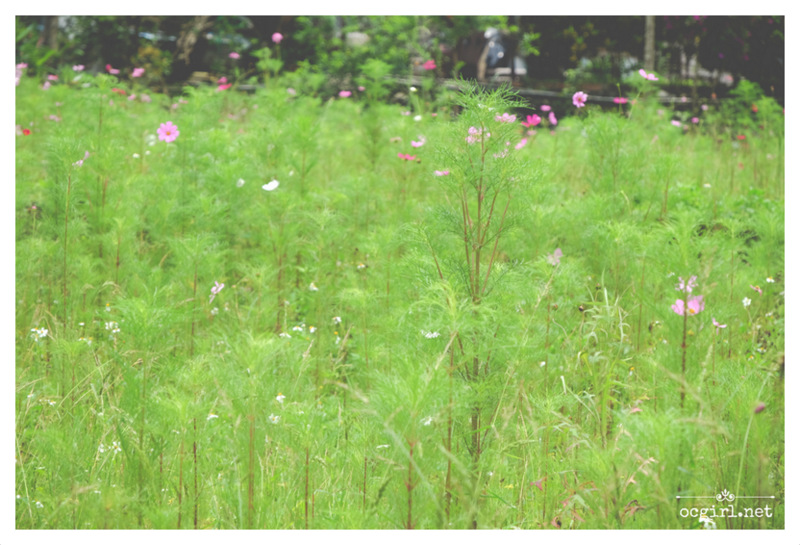 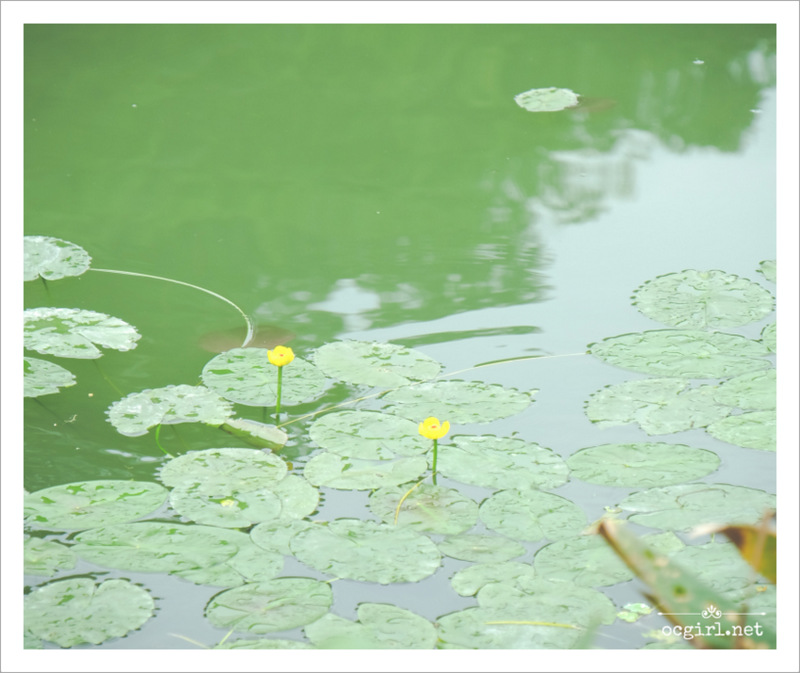 3 Thoughts on “[Taiwan] Bed and Breakfast at Yilan 卡幄汀民宿”