Jioufen (九份) is  a popular day trip spot outside of Taipei.

Once upon a time it was a bustling mine town, but long forgotten when the gold rush was over.

It has only been 'rediscovered' about 20 years ago when a movie named "A City of Sadness' (悲情城市) centered around Jioufen was made.

Today, Taipei-ites flock to Jioufen for a taste of the nostalgic old mining town, a great view of the ocean from the mountaintop, and lastly, want to take a guess? That's right, good eats!! 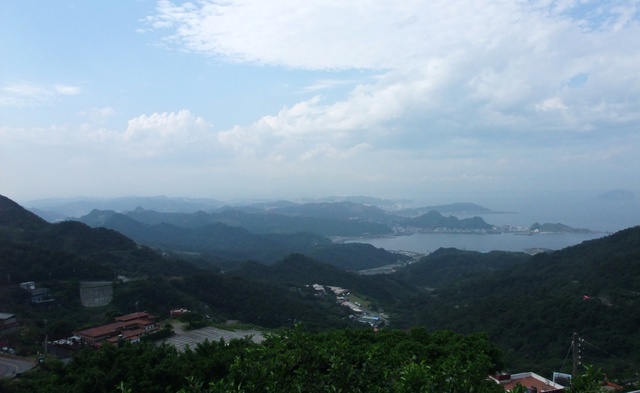 How to get to Jioufen from Taipei:

Take the MRT to Zhongxiao Fuxing Station (忠孝復興站), and exit from Exit #1.

Once you made it to the street level, you should see a row of bus stops, look for this one. 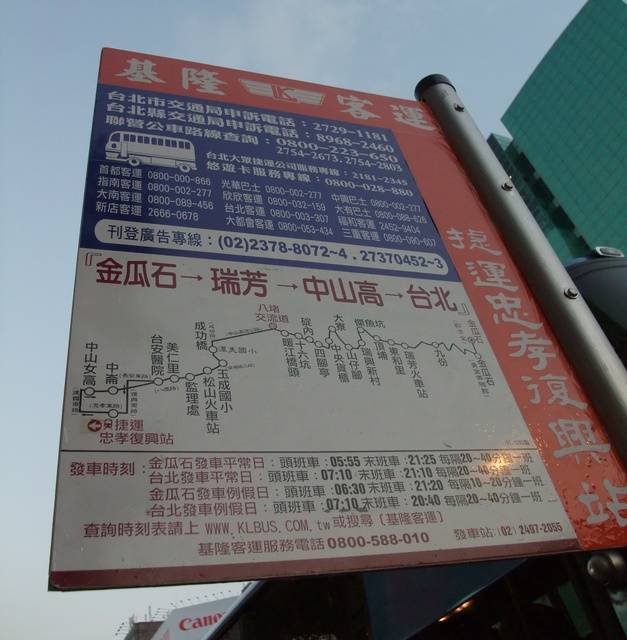 Not every bus goes to Jioufen, some only run to Rueifang, so double check with the driver.

Jioufen is probably where most people get off, so just follow the crowd.  If you want to make sure, ask the driver to remind you.

Also the bus takes EazyCard, the same one you use to take the MRT.  Make sure you swipe once when you get on the bus and swipe again when you leave.  Unlike Taipei City Bus, which is fixed rate, this bus charges based on distance.  If you don't have EazyCard, tell the driver you are going to Jioufen, and he'll let you know the price.  The rate from Zhongxiao Fuxing Station is around NT$100.

To return to Taipei, walk across the street from where you get off, and walk about 10 meters uphill.  There is no visible bus stop, but that's where the bus will be.